Life, the Universe, and Everything

Everything we know is rooted in experience.
If this is a simple conclusion, I can only say that it is easy to forget. In the midst of arguing over philosophy and science, religion and worldview, there creeps in an assumption that some ways of knowing are completely divorced from direct personal experience. 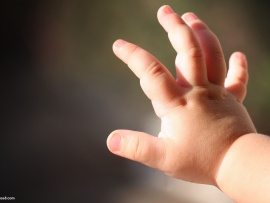 There is no exception. We may say that we accept something, not due to experience, but due to science. But why should we accept science unless it reflected experience? The person born without any functional sensory organs has neither a concept of the physical world nor a rational reason to believe in one.
This is not to say that experience cannot be misunderstood. Certainly, there are contradictions between the content of our lives and the content of our dreams. In such a case, we must either call one to be false, or believe that the two experiences occurred on different planes of existence. Depending on how one defines the terms, either approach could be used in the case of dreams.

All this is to say that I see no reason to discredit my experience of moral truth, of beauty, or of meaning in life simply because they are not scientific. My sensory experience is not confirmed by science; rather, science is confirmed by it.
So far, so good. The controversy is in seeking to explain the existence of such things. Personally, I know of no theory which covers the experience of reality more completely or elegantly than certain forms of theism. The concept of God makes sense out of such a (when I think about it) strange combination of experiences.

Many object, of course. Lately, it has been the fashion to respond that materialism can explain the psychological reasons why I might come to believe in these things. This may or may not be true, but is beside the point. Materialism can explain none of these things as extant. It does no more to explain the existence of the universe than the existence of objective moral values. It gets out of the latter only by denying their existence, and is left simply to avoid the question of the former.
There seems no more reason to deny that morals exist, however, than to deny that the universe exists. Both are experienced, and, when I am done pondering cartesian questions, I am prone to trust my experience over a possibility asserted without support.

Others object that these things can be accepted as brute facts without need for an explanation. I suppose that this is true, in the same sense that one can accept “things fall” as a brute fact without bothering about a theory of gravity. Clearly, this does nothing to undermine the credibility of any explanation. On the contrary, it becomes immediately obvious that an argument based on avoiding thought is both weak and, in some sense, dishonest.

The most astonishing of currently fashionable responses to this argument, however, is the demand for an explanation of God himself. This is a variation on the “who designed the designer” argument. It strikes me as obvious that one need not explain a thing in order to realize that it explains something else. Indeed, demanding an explanation of the explanation leads immediately to an infinite regress. And an objection that works equally well for all explanations, regardless of content, is no objection at all.

Rather, it seems that, in all forms of experience, we are left with the fact that finite and contingent reality (which is the whole of our experience) is based on absolute, infinite reality. It is both intuitive and rationally inescapable that all experience with reality points to something greater: the physical universe to immense power, moral truths to ultimate good, beauty to sublimity, and meaning to divine purpose.

One can escape this only by demanding, based on one’s own worldview, that some category of these experiences is invalid. So long as one realizes that this claim is arbitrary, one is allowed it. For my part, I am inclined instead to believe that our experiences are of something real. It follows from this that they do point, in their own finite and meandering way, to something far greater than any of us can now imagine.

This entry was posted on Saturday, January 7th, 2012 at 6:08 pm and tagged with apologetics, belief, God, philosophy, Theology and posted in Philosophy, Theology. You can follow any responses to this entry through the RSS 2.0 feed.
« Tolerance and Postmodernism
Atheism and Failed Experiments »

6 responses to “Life, the Universe, and Everything”