The Nature of Natural Rights 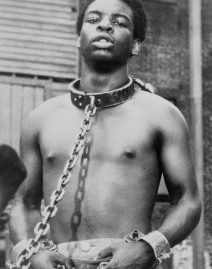 There are no natural rights— rights one has just by virtue of being human. (The Atheist’s Guide to Reality, p. 288)

This runs very counter to what most people believe, but, given atheism, it seems very hard to deny. After all, the materialism which is the basis of nearly all modern atheism denies the reality of any moral truth or value.

Most atheists I know would agree with this, but would emphasize that a person need not believe in moral truth in order to be a nice person. One can claim that morality is simply culturally relative, biologically advantageous, or otherwise subjective, and still be a good person.

This seems true enough, but is a side issue. Whatever I may think of a particular atheist, or even the impact of atheism on social health, the question is over truth. Is it more likely that humans have rights, or that God does not exist? Personally, I think most of us wouldn’t be confident enough of God’s non-existence to accept the idea that people don’t have rights beyond what governments happen to give them. Rather, I think we would say that a government which enslaves its people, or slaughters a racial minority, is in the wrong.

All this, when understood, makes materialism seem rather arbitrary. It would be very tidy if we could reject all knowledge that isn’t reducible to mathematics. But, setting aside the convenience of it, and the rhetorical value of claiming to be “scientific”, I don’t see any reason to think that it is true.

Rejecting a basic fact of human experience as illusory requires a reason that is more palpably true than the experience itself. This could be done in theory, but no one has yet offered a reason to believe in materialism (or in atheism) that is nearly so obviously true as the fact that it is wrong to torture innocent people.

And, if one agrees that there is such a thing as moral truth, it is very hard to escape the conclusion that God exists.

This entry was posted on Saturday, June 1st, 2013 at 7:20 am and tagged with apologetics, atheism, Christianity, moral truth, Morality, religion and posted in Moral Argument. You can follow any responses to this entry through the RSS 2.0 feed.
« Materialism and Book Burning
Science’s Fortuneteller »

16 responses to “The Nature of Natural Rights”