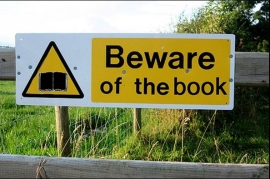 In getting back into a habit of posting, I thought I’d jump in on the recent buzz about the Dawkins/Krauss film “The Unbelievers”. Reporters seem to be throwing these men a lot of soft-balls over this, but I personally find it hard to believe that this will be good for their movement in the long run.

That is to say that nearly all of the energy in this movement is focused on promoting the stereotype that intelligent people who think for themselves are atheists, and thoughtless people are religious. While that makes for great PR, an actual study of the relevant issues tells a very different story.

In fact, while there are individuals who are trying very hard, atheists as a group are failing to keep up their end of the conversation Dawkins and Krauss say they want to have. The dismissal of philosophy, science, and even logic itself is fairly common at the moment, and I suspect that future atheists will have a great deal of damage control in trying to deal with the obvious responses this film (and the movement in general) sets itself up for.

Perhaps the most obvious is the fact that Dawkins and Krauss are so disinterested in questioning their own cherished assumptions. If one even asks the question, “Why think that science and scientists are the relevant experts on whether or not God exists?” their entire position begins to collapse. More destructive still would be a public that ventured to ask, “What is the evidence in support of your materialism?”.

Simply repeating the mantra that religious beliefs are false and encouraging the use of ridicule to “promote reason” does nothing to support the demonstrably false view promoted by these men. In fact, the group seems to be resorting to an anti-intellectual approach that will, if it continues, make it increasingly easy for people to dismiss what this group has to say.

As to a response to the film itself, I doubt I could do better than Craig.

This entry was posted on Sunday, June 30th, 2013 at 7:33 am and tagged with apologetics, atheism, Christianity, religion and posted in Apologetics, New Atheists. You can follow any responses to this entry through the RSS 2.0 feed.
« Leave of Absence
God Doesn’t Exist Because Science is Bunk »