Either Materialism Goes, or You Do 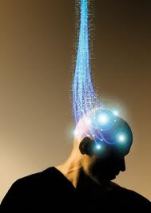 But if the physical facts fix all the facts, there can’t be a me or you inside our bodies with a special point of view. (Alex Rosenberg, The Athiest’s Guide to Reality, p. 220)

This is one of the few points on which Rosenberg and I agree. In fact, I respect his willingness to follow the logic of materialism to its strange (I would say “incoherent”) conclusions. As I’ve said previously, this is a powerful reason to reject the materialistic dogma that “the physical facts fix all the facts”.

Professor Rosenberg’s argument is deceptively simple: physical configurations of matter cannot, in virtue just of its physical structure, composition, location, or causal relation, be “about” another configuration of matter in the way that thoughts are about things outside of the brain. As such, if there is nothing more than the physical, your thoughts aren’t about things and your mind doesn’t exist.

While the objections to this are legion, they all seem to fall into two broad categories:

First are simple rejections of the conclusion. The fact that we all experience a self, and thoughts about things, leads the overwhelming majority of us to assume his conclusion is wrong.

The trouble with this is that it doesn’t show his reasoning invalid. It follows logically, so long as one presumes materialism. To reject the conclusion, and be rational, one would have to reject materialism. This is, of course, my personal position.

Second, however, are attempts to show how the neural circuitry could be used to create thoughts about things outside of the brain.

But the vast majority of these are based on an analogy to computer systems–and the trouble with that is computer processes aren’t actually about anything without a human to interpret them. We personify computers by saying that they “think”, but they do no such thing. They are simply a machine for generating patterns that we humans find meaningful–in the same way that the gears of a clock turn at a rate that humans find meaningful.

I enjoy science fiction stories about androids as much as the next guy, but this is no reason to think that computers are an explanation of the mind. In fact, the comparison is helpful in that it is precisely the difference between the human mind and the workings of an adding machine that needs to be explained.

The only real reason to argue with Rosenberg’s logic, I think, is a prior conviction that there is nothing in reality other than the physical. But, that being the case, one would need to offer a reason to think that this is true.

And, thus far, I’ve encountered none.

This entry was posted on Tuesday, July 2nd, 2013 at 7:34 pm and tagged with apologetics, atheism, Christianity, Materialism, Mind, philosophy, religion and posted in Apologetics, Argument from Mind. You can follow any responses to this entry through the RSS 2.0 feed.
« God Doesn’t Exist Because Science is Bunk
Just Don’t Think About It »

18 responses to “Either Materialism Goes, or You Do”