The Brute and the Philosopher 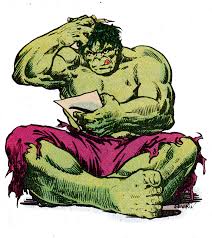 Though I don’t always agree with him, I rather like William Lane Craig. I think he’s done an excellent job at arguing the case for God’s existence on both the academic and lay level.

I think it is very hard to defend the claim that he is either incompetent or dishonest as a philosopher. One doesn’t have to agree with any of his arguments to say this. Really, it is the civil human being who sees that intelligent people acting in good faith can disagree. Only a form of philistinism would demand that all dissension is the result of dishonesty or stupidity.

The fact that it’s common to make both accusations of Craig, then, has always struck me as more than a little strange.

But popular New Atheist blogger, Chris Hallquist  (aka “the Uncredible Hallq”) has always been willing to jump on that bandwagon. He has written an ebook arguing against God’s existence, and devotes a chapter to Craig. As far as I can tell, he doesn’t establish much in the chapter other than his own close-mindedness.

If this seems like a harsh assessment, I can only say that Hallquist deserves it. He doesn’t take the time to understand clearly what is being said before presuming to judge Craig and his arguments.

And judge he does. He devotes the opening section of this chapter to attacking Craig’s honesty. He then shows some genuine clear-headedness by pointing out that it would be a fallacy to suggest that this makes Craig’s arguments wrong.

He then dives right into committing this fallacy.

It seems that Hallquist is keen to accuse Craig of dishonesty because he thinks that it takes nothing more than the accusation of dishonesty to dismiss Craig’s claims of fact. He doesn’t seem to feel the need to offer us any reason at all why Craig is wrong about the things he points out. There really is no point in even considering Craig’s personal character except to commit this fallacy.

But all this would be moot if Hallquist could otherwise show that Craig is wrong. But it seems likely as not that it is precisely his inability to refute Craig which forces him to resort to personal attacks. I’ve long suspected that this is why so many attack Craig, actually. I don’t see any reason at all for so much energy to be spent on slandering the man other than as a distraction from the inability to refute him.

That said, Hallquist does have some interesting things to say. I’ll be responding to his comments in my next series of posts.

This entry was posted on Friday, August 16th, 2013 at 11:02 pm and tagged with apologetics, Chris Hallquist, Christianity, religion, William Lane Craig and posted in Apologetics, New Atheists. You can follow any responses to this entry through the RSS 2.0 feed.
« Philosophy or Calvinball?
Inconceivable! »

12 responses to “The Brute and the Philosopher”