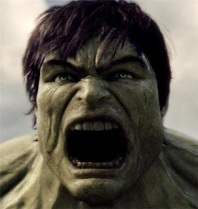 He states repeatedly that this is done for the purpose of inculcating people against trusting Craig as a valid source of information. But there seems to be two obvious problems with Hallquist’s approach.

1. Nothing in these accusations shows any of Craig’s claims to be false.

2. The accusations are themselves poorly supported.

After making (failed) attempts at refuting most of Craig’s arguments (which are themselves peppered with accusations of dishonesty), Hallquist pauses to dedicate a few pages solely to the purpose of accusing Craig of lying.

It seems that everything in this section was based either on a misunderstanding of what Craig actually said, or (in at least one case) the assumption that Craig’s opponents couldn’t possibly be mistaken.

But I’ll not go over each point made. I think the more significant issue here is that none of this has anything to do with the actual arguments. As much as Hallquist claims he’s establishing that Craig is a poor source of information, it seems obvious to me that this would be far better accomplished by showing the information Craig presents to be wrong. Of course, anyone who check’s Craig’s sources learns that he’s not lying.

And this makes sense. After all, there would be no need at all to attack Craig personally if Hallquist could refute his arguments–or point to facts which counter Craig’s presented information. As such, the attacks on Craig stand more as a testimony to the strength of his case than a legitimate refutation of it.

And attacks abound. Craig’s name seems to invoke the ire of New Atheists like no other.

For my part, I’m rather ambivalent. I’d love to see more openness to the arguments, as well as a more rational approach than something that (often as not) degenerates into name-calling. Still, I’m definitely encouraged that the New Atheists, the self-proclaimed defenders or reason, can seem to find no better response than personal insults when confronted with Craig’s arguments.

For these and other reasons, part of me suspects that the New Atheism has largely backfired–making atheists look like uneducated name-callers (as unfair as that would be to other atheists). To many, this particular group seems to be leeching atheism dry of any air of sophistication it once had.

But that would all be forgivable if they could defend their position, but it seems to be precisely their inability to do so which is leads them to resort to mockery.

This entry was posted on Thursday, October 24th, 2013 at 8:11 pm and tagged with apologetics, atheism, Chris Hallquist, religion, William Lane Craig and posted in Apologetics, New Atheists. You can follow any responses to this entry through the RSS 2.0 feed.
« Maintain the Ignorance
The New Atheism: A Brief History »