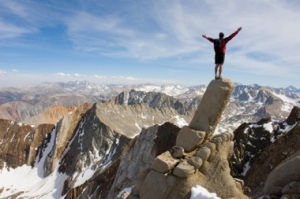 As to Anselm’s much more famous ontological argument for God’s existence, things get much more interesting.

Most people (including myself, I must say) find the argument suspicious. To say that God is defined as the greatest possible being, then to say that existing would be greater than not (and, therefore, God exists) doesn’t sit well with me personally.

What is interesting is how we each go about rejecting the argument. Mackie denies that existing would make a thing greater than not existing, which is fine insofar as that goes, but he never gives a reason for this denial. He admits that it is a cogent thought that existence is what philosophers call a “great-making property”, but simply denies that this thought is true.

I’ve always felt that I have a good reason to question this premise. That is “greatness” assumes a standard of good and bad, against which we might measure the object in question. And, personally, I don’t see how we can have a standard by which we presume to measure God–much less worked it out well enough to know what it is–until we’ve already settled the question of God’s existence.

The trouble with this is that it leads us right into the moral argument for God’s existence. Anyone pressing this objection to Anselm has basically three options: 1) Defend nihilism, 2) Defend a secular case for objective values that can avoid this argument from greatness, or 3) Accept theism.

The third isn’t problem for me, of course, but those arguing against the conclusion of theism have two very difficult choices, and I worry that this is part of the reason why Mackie doesn’t offer his reason for rejecting the idea that existence is a great-making property.

To me (and even to Mackie), Anselm could retort that we can know that existence constitutes a great-making property even before understanding the ultimate source of greatness. That would be harder to refute, and I’m not concerned to do so here.

I do find this argument suspicious, but less so than Mackie’s dismissal without offering a standard by which he does so. If he can’t offer a clear alternative of what constitutes greatness (even if that is nihilism), then he can’t claim to have done away with theism.

And that is a major issue that continues to come up (and will continue to come up later in the book). It isn’t enough to simply cast doubt on a proof. One must offer a basis on which one believes the premises that support the counter argument (that is, an alternative view). But this is something that atheists, in my experience, notoriously avoid doing.

From here, Mackie turns to Plantinga’s ontological argument. We’ll discuss that next.

This entry was posted on Thursday, November 14th, 2013 at 11:40 pm and tagged with apologetics, atheism, Christianity, God's existence, Mackie, Miracle of Theism, ontological arguments, philosophy and posted in Apologetics, Ontological Argument. You can follow any responses to this entry through the RSS 2.0 feed.
« Miracles Aren’t Evidence for a Deist God (and Other Non-News)
Missing the Point »

8 responses to “What is Greatness?”