Theism vs “Because it Feels True to Me” 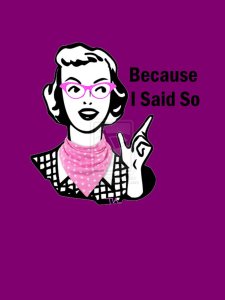 In discussing the moral arguments for God’s existence, Mackie takes a moral subjectivist position. That is, he doesn’t believe that morals are real things that are true regardless of what anyone thinks, but are somehow based in human opinion.

The problems with this are legion. Among (many) other things, the subjectivists have always been unable to explain why they accept their physical senses while rejecting their moral sense.

But there is one advantage to moral subjectivism; it seems to avoid the Euthyphro Dilemma that Mackie raises against the idea of objective morals. But, of course, the Euthyphro simply assumes that “a thing is moral because God commands it, or God commands it because it is moral”. It never considers the idea that it is God’s nature, and not God’s commands, that is the basis of theistic morals.

He does, however, consider the idea that God, if he can create objective reality at will, could simply create morals. I don’t take this view, myself, but Mackie really struggles to refute it. Really, all he does is suggest that morality might be intrinsic in objects.

And this rather gives the game away. Not only does the idea of morality intrinsic in objects completely abandon materialism–the very materialism that is the basis of his rejecting theism, no less–but a vague “what if” is his best response. If this kind of argument were sufficient to refute other arguments, absolutely any claim could be defeated.

And this is one more reason why one should know something of theology before presuming to refute it. I’ve actually been given good reasons, by theists, to reject this view of morality. But Mackie, unaware as he is of what sophisticated theists actually believe, lacks these better refutations and is reduced to vague assertions.

Mackie also claims that it is better to take a view that doesn’t require the assumption of objective morals. Apparently, he believed that the assumption of subjectivism isn’t equally an assumption, but I fail to see this. In approaching life, both are views. The difference is that one is supported by both rational argumentation and our basic experience with reality.

The other is simply privileging materialism without defending it.

Of course, there is still this idea that subjectivism can somehow avoid the the Euthyphro dilemma. But I’m not convinced. I don’t see how any subjectivist account of morality isn’t as arbitrary as subjectivists claim that theistic morality is. It tends to invoke moral statements to the effect of “you must do this, because doing so helped an ancestor survive” or “you must do this because society says so”. Subjectivists, given their openly arbitrary beliefs about morals, are not in any position to attack others for believing things without good reason.

Or, to put it succinctly, if we really believed that our morals shouldn’t be arbitrary, we’d be theists.

This entry was posted on Saturday, January 4th, 2014 at 8:45 pm and tagged with Christianity, Morality, Relativism, religion and posted in Apologetics, Moral Argument. You can follow any responses to this entry through the RSS 2.0 feed.
« Actually, There Is Evidence that God Exists
The Atheist Dogma »