Materialism vs the Mind 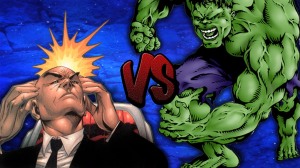 How do you know that you are conscious?

It may seem silly to ask that question. That one is conscious is so obvious, there seems to be no reason to bother asking about how one knows it. Personally, I might have agreed, were it not for the number of times I’ve heard others insist that humans only know things through scientific investigation.

But there simply is no scientific test for whether or not one is conscious.

Most of us have never had a brain scan. And anyone who pauses to reflect on the situation will realize that it won’t tell you that you are conscious unless you already know it. Neurology reveals correlations between brain activity and behavior; it does not reveal consciousness to anyone who doesn’t already know that it exists.

In fact, there is no scientific test for whether or not consciousness really exists–or is simply a delusion.

Of course, one could insist that, while there is currently no scientific test for consciousness, there will be someday. While I’m sure that neurology will do amazing things, there are reasons why this won’t be one of them.

But that is a side-point. More pertinently, I don’t know anyone who claims to be unsure about whether or not consciousness exists–and is waiting for neurologists to get back to us on that.

And that, it seems to me, is the long and short of it. Those who know that they are conscious believe in something without scientific evidence for it.

And this leaves the blunt materialist (such as the New Atheists) in a rather difficult situation. Either admit that there are ways of knowing outside of science, or recant all belief that one is sometimes conscious.

Some, believe it or not, have chosen the latter view, which leads me to suspect that there are motivations for believing in materialism that have nothing to do with a desire to be rational.

This entry was posted on Friday, April 4th, 2014 at 9:11 pm and tagged with apologetics, Christianity, Mind, philosophy, religion and posted in Apologetics, Argument from Mind. You can follow any responses to this entry through the RSS 2.0 feed.
« If I’m Guilty, it’s Your Fault
Secular Dogma »

98 responses to “Materialism vs the Mind”