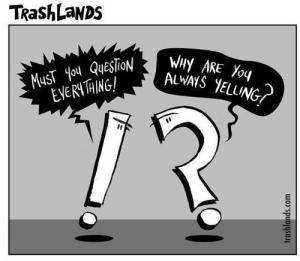 In his “Miracle of Theism”, Mackie discusses the idea that people might believe in God without any rational reason. In fact, he discusses a few ideas under that heading, asking whether fideism (belief without reason) can be an intellectually respectable position.

My position, like Mackie’s, is that it cannot. In fact, I want to do Mackie one better and say that “just because I believe” is not an intellectually respectable position regardless of the content of that belief.

Mackie, it seems, is only interested in this question as it relates to theism. It never seems to occur to him that, if one must give a reason for one’s beliefs, then materialists, neutral monists, non-reductive naturalists, and other non-theists must also defend their views.

It is, I would say, the general approach of the non-theist to appeal to his/her views as a sort of default position, a thing not to be questioned in the same way that other views are.

But, not only does this distort any real attempt at getting at truth, it prevents non-theistic views from really being examined or refined. As one who believes in questioning–in subjecting views to scrutiny, I’ve believe in the value of challenges, and don’t trust a view that I’m not allowed to question.

Of course, there are those who would balk at the idea that one is allowed to question theism (usually seizing the chance to mock it), but their actions betray the lie. They’ve been given the right to question theism, as is evident from the fact that they’re openly questioning it.

And I have no problem with questioning in itself, but simply take the same approach to the assumptions of non-theist views.

But Mackie doesn’t object to this so much as fail to notice that it is a significant point. If he can’t defend his view on the same terms that he asks that theism be defended, then he has not made a case that his view is superior.

This entry was posted on Monday, April 28th, 2014 at 10:12 pm and tagged with apologetics, Christianity, faith, religion, truth and posted in Apologetics, Problems With Materialism. You can follow any responses to this entry through the RSS 2.0 feed.
« Do You Believe in Magic?
If You Redefine Christianity, it’s Ridiculous »

One response to “Question Everything (Except…)”