Dumping the Baggage of Logic and Science 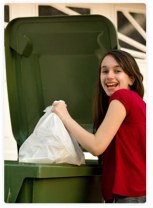 A fairly common objection to theism is the idea that appeals to God to explain the universe actually explain nothing because (so it is claimed) God himself cannot be explained. This is the core of Richard Dawkins’ famous “Boeing 747 Gambit”, for instance.

Of course, several problems have been pointed out with this: that the concept of God is far better understood by theologians and philosophers than this, and that constantly demanding an explanation of the explanation is not a valid argument, among others.

But atheist Alex Rosenberg inadvertently gives us an even more fundamental reason why modern atheists are in no position to make such complaints. From his view as an atheist:

Why is there something rather than nothing? Physics, especially quantum physics, shows that the correct answer to this question is: No reason, no reason at all. (“The Atheist’s Guide to Reality”, p. 38)

For modern atheists, the universe (or multiverse) is simply a “brute fact”. That is, it is something that just exists, which has no apparent explanation. Surely, this is an appeal to magic in all but name. Proponents of it certainly should stop throwing rhetorical bricks.

Nor does trying to appeal to authority help. Rosenberg would have us believe that he wasn’t led into this corner by his atheism, but by science. Of course, this is contradicted by the actual facts.

Quantum mechanics has not remotely shown that anything (let alone everything) comes into existence for “no reason at all”. And this is only one more example of the New Atheists being more in love with science fiction and bad science documentaries than actual science.

I’ve often been frustrated with the New Atheists that, in the name of science, so many of them have been willing to jettison the fields of Sociology and Anthropology in order to cling to the (false) idea that religion causes great evil in people. But I now think it is time to add Quantum Physics to the list of sciences they reject.

That is to say that Rosenberg, like the other New Atheists, is completely willing to horribly distort the findings of Quantum Physics if it will serve their purposes. Every time a field of study opposes their platform, they have no scruples about doubling down and denying or distorting the facts.

One begins to wonder, then, what will be left of science once the New Atheists are done with it.

Now That the Building is Here, We Don’t Need the Foundation

I think apologists should be grateful for atheist philosopher Alex Rosenberg, as he (inadvertently) lays out the flaws in modern atheism more clearly than any theist has managed.

[My position] is the conviction that the methods of science are the only reliable ways to secure knowledge of anything.
– Rosenberg (Atheist’s Guide to Reality, p. 6)

We trust science as the only way to acquire knowledge. That is why we are so confident about atheism. – (ibid, p.20)

Rosenberg sees clearly what many secularists miss completely: that modern atheism stands or falls with the idea that science is the only source of knowledge. That is, that the kinds of things science studies are the only kinds of things that exist. Eager as he is to salvage modern atheism, he bites the bullet and declares that science alone can tell us anything about reality.

The most obvious problem with this is actually Rosenberg’s own discipline of philosophy. It has often been pointed out that this is an attempt to use philosophy to reject philosophy (making it self-contradictory). But, even more clearly problematic is the fact that science itself is not rational without the philosophical basis which supports it.

And this is something of a Catch 22 for him. To demand that science is the only source of knowledge is to undercut the entire enterprise of science. But, if he acknowledges the tools of philosophy as a valid path to knowledge, he is then obliged to answer the formidable philosophical arguments for God’s existence.

Rosenberg choses the former path, while completely ignoring the consequences named above. Still, he can’t manage to completely avoid the fact that he doesn’t have a reason (other than his atheism) for taking this position. He is reduced instead to demanding, rather caustically, that one is somehow hypocritical to trust the validity of both science and other fields of study.

Though he can’t support his conclusion , his passion is completely understandable. This position is both the rhetorical and intellectual core of contemporary atheism.

That it is unsupported, self-contradictory, and undercuts science, however, is devastating for this position.

Trust Past Records, but not if they’re of the Past

“Knowing human history will be useless for anything but telling diverting stories.”

“Physics’ long track record of success is the strongest argument for the exclusion of purpose or design from the account of reality.”

Did you spot the contradiction between these quotations? If so, it might surprise you to learn that they are taken from the same book: Alex Rosenberg’s “The Atheist’s Guide to Reality”.

He spends some time arguing that the history of science is the best reason to trust that it will, in the future, vindicate naturalism (the belief that only the physical is real).

Personally, I don’t accept Rosenberg’s apparent assumption that making predictions is the only purpose knowledge can serve. Still, his obsession with science and its ability to predict material events has led him to undercut his own trust of science.

This is a consistent problem with Rosenberg (as I’ll discuss in later posts). He’s much more willing than most atheists to face up to the strange conclusions that follow from naturalism. But he is completely unwilling to see the consequences for science itself.

In one sense, this makes “Atheist’s Guide to Reality” a very useful book for Christian apologists. For, by the final page, Rosenberg has unwittingly argued that modern atheism is both self-contradictory and opposed to science.

(Full disclosure: I’m aware of my own contradiction. I claimed earlier that I’d not be writing about Rosenberg. But I find that he raises too many significant points for me to simply ignore him.)