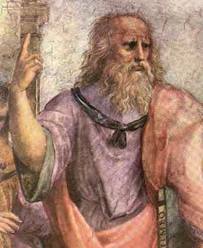 I’ve said that, if moral truth exists, then theism correct. This is because God’s existence is the only good explanation for moral truth.

I find that the best demonstration for this, ironically, is what may well be the most common response materialists give to the moral argument: the Euthyphro Dilemma.

Now, it’s long since been pointed out that this is a false dilemma. It leaves out the significant option that God’s own nature is the source of goodness (which is what monotheists have traditionally claimed). That is, God commands what he does because it is right, but the “source” of rightness is his own nature. There’s no need to assume that such a thing must be separate from God. Thus, the dilemma is answered. What is the source of goodness? The nature of God.

But I think the theist can do better than this.

For, while this answer works quite well for monotheism, it is a very difficult challenge for every other system of ethics I know. Utilitarianism, the Veil of Ignorance, Natural Law, etc. have been unable to answer Euthyphro-like questions without appeals to either God or Platonism (which is well outside of materialism).

For instance, the Utilitarians claim that we should do what brings the greatest happiness for the greatest number of people. Most of us would see that as a worthy goal (though there is trouble in the details). But, one could easily ask “Should we seek the happiness of others because it is good, or is something good because it brings happiness?”. There doesn’t seem to be a way to argue that human happiness is the standard of moral goodness in the way that a transcendent God’s nature is.

And this is why the majority of materialists are moral relativists. The Euthyphro is much easier to answer if there is some absolute, objective goodness out there (like God). But, even if one believes in moral truth, explaining morality seems to require theism.

So, it strikes me as odd that the Euthyphro is most often heard from proponents of atheism. In my mind, it is one of the best reasons to believe in God.

Why Russell was Wrong X: The All-Purpose Argument

Though Russell does (unfairly) accuse Kant of bias, he also explains why he rejects Kant’s moral argument for God’s existence. Unfortunately, it turns out simply to be a repetition of the Euthyphro Dilemma addressed in Part IV of this series:

The point I am concerned with is that, if you are quite sure there is a difference between right and wrong, then you are in this situation: Is that difference due to God’s fiat or is it not? If it is due to God’s fiat, then for God himself there is no difference between right and wrong, and it is no longer a significant statement to say that God is good. If you are going to say, as theologians do, that God is good, you must then say that right and wrong have some meaning which is independent of God’s fiat, because God’s fiats are good and not bad independently of the mere fact that he made them.

So, again, the challenge is: “Is something good because God commands it (then the command is arbitrary), or does God command it because it is good (then God’s command isn’t the source of goodness)?”

I often wonder what the modern campaign against religion would do without the Euthyphro. It seems to be the stock response to any moral issue raised by the theist, and many seem at liberty to wildly misapply it.

In fact Russell does so here. But, rather than simply repeat the refutation I made earlier, I’d like to describe what is becoming my main issue: the fact that Russell offers no alternative vision of morality. If he did, it would been obvious that the Euthyphro can be used to “refute” any moral system, including his own.

There is no basis of morality, of which I cannot ask “Is a thing good because it fits that basis (then one’s choice of that basis is arbitrary), or is that basis good for some outside reason (then it is not the basis)?”. And this seems to be the fastest way to discredit the Euthyphro. If it applies equally well to every possible approach to ethics, it can’t possibly be a reason to choose secular ethics over theistic ones.

And this illustrates the problem with simply playing the critic – picking at others’ positions while offering no alternative for consideration. It quickly tempts one to grossly unrealistic demands.

The divine nature is actually the best answer (religious or secular) to the Euthyphro I’ve ever encountered. Because, within Christian tradition, the source of goodness something that is the greatest possible being by definition. Since, in Christianity, describing goodness turns out to be describing God, the dilemma simply doesn’t apply.

This is why this attack is much less effective against Christianity than it was in the polytheistic society in which Plato advanced it. This is why, in spite of what the New Atheists seem to think, the real issue raised by the Euthyphro is something much closer to an argument in favor of Christianity than one opposed to it.

Why Russell was Wrong IV: The Good, the Bad, and the Morally Relative

Continuing on in my discussion of Bertrand Russell’s speech “Why I’m not a Christian”, we now get to an argument from morality. This is of particular interest in considering Russell as the intellectual grandfather of the New Atheists, in that it is a group of such strong moral pretensions.

As to the issue of morality, theists have often said that, while belief in God is not required to behave morally, the existence of God is required to explain how any objective morality could exist.

Russell’s response is, essentially, a version of what is typically called the Euthyphro Dilemma:

[B]ecause even supposing that there were [objective morality], you are then faced with the question “Why did God issue just those laws and not others?” If you say that he did it simply from his own good pleasure, and without any reason, you then find that there is something which is not subject to law, and so your train of law is interrupted. If you say, as more orthodox theologians do, that in all the laws which God issues he had a reason for giving those laws rather than others — the reason, of course, being to create the best universe, although you would never think it to look at it — if there were a reason for the laws which God gave, then God himself was subject to law, and therefore you do not get any advantage by introducing God as an intermediary.

So, is something good because God commands it, or does God command it because its good? Proponents of this argument would say that this shows that either God’s morality is arbitrary or God is irrelevant to what is moral. This seems a very good argument, so long as one does not consider it too closely.

I, of course, intend to do just that:

Monotheists have never maintained that God selects moral law the way a shopper selects a box of cereal in a grocery store. The first option can easily be set aside.

The second option can likewise be set aside, at least unless the atheist can give some argument in its favor (which Russell has not). Theists have no more maintained that there is some ethical standard, somehow existing above God, than that God arbitrarily decides on morality.

In fact, I have no idea where Russell gets this idea that most orthodox theologians claim that God’s morality is based in creating the best possible world. There is simply no standard of “best” until we already have a basis of moral law. Theologians, ancient and modern, understood this point–which is why none of them, so far as I can tell, ever took this position.

Rather, what Christian theism has always claimed is that the moral law flows from God’s nature. It is neither a whim nor something external to him, but God himself that is the standard of goodness. To ask whether something is good because God wills it or God wills something because it is good is completely wrong-headed. God wills the good because he is goodness itself.

This also answers the question as to why God didn’t will some completely different set of morals. Any “God” who can will any set of morals has no set moral nature and, therefore, is not the God Christians actually believe in.

It is also very significant that proponents of this dilemma so rarely offer a foundation for morality of their own. On the contrary, I get a lot of claims of moral relativism, or simply refusals to take a position on morality, from those who claim to be morally indignant at God. This, of course, begs the question “why should those of us who don’t accept your relativistic (or unnamed), anti-theistic morals be concerned?”.

This is why Russell (like the New Atheists) needs to do more than criticize theistic moral systems; he needs (and they need) to present and defend a system as superior to theistic morality–that we might see if it is immune to the criticisms leveled here.

Russell closes the point with this:

The arguments that are used for the existence of God change their character as time goes on. They were at first hard intellectual arguments embodying certain quite definite fallacies. As we come to modern times they become less respectable intellectually and more and more affected by a kind of moralizing vagueness.

Of course, I don’t think he’s shown anything like a definite fallacy in the traditional arguments. Really, this description reminds me of nothing so much as the New Atheists themselves. In this case, actual arguments have very quickly given way to political activism.

After all the bombastic claims of intellectual superiority, the scorn, the ridicule, and, yes, the blatant moral posturing, it’s become clear that the group is far more interested in which slogan is persuasive in a freshman dorm room than what is logically defensible.

In the form of the New Atheists, a devoutly secular form of Pharisee has come to roost in our culture. And I feel that Russell shares part of the blame for this.