The Biases of “Them”

In the context of the religion debates, I think many of us are getting tired of the phrase “rebellion against God” and the term “indoctrination”.

These are, of course, the concepts by which Christians and atheists often explain how a group of otherwise intelligent people can disagree with them over something so “obvious”. The Christian insists that atheists would all see the evidence for God if only they could stomach the idea that they would need to submit to a higher authority. Likewise, the atheist insists that the Christian would reject God’s existence were it not for religious teaching received as a child. 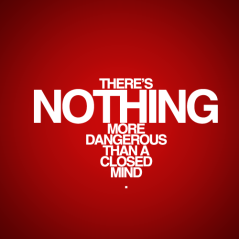 The way in which these ideas are used to dismiss very important arguments on both sides destroys a great deal that we might learn from one another. At the very least, it destroys any real intellectual empathy.

This is not to say that the concepts are entirely vacuous. Personally, I expect that there is truth to both of them. People do tend to believe what we were taught as children, which (in modern culture) usually includes both the idea that God exists and that a monarch (even a divine one) is inherently a bad thing. So long as one realizes that this does nothing to prove or disprove God’s existence, these things are worth noting.

But the trouble is worse than ignorance. Rather, it seems that anyone who engages in this kind of thinking has to continually raise the stakes – to attribute more and more power to these tendencies in order to dismiss opposing arguments. Personally, I’ve seen very sophisticated philosophical positions waved away with a “that’s the power of indoctrination”, and don’t imagine that atheists have not seen the same from theists.

Where can this go, save to the point that any statement with which one disagrees is so categorized? It seems to me that the picture of humanity presented by this kind of thinking should leave one to wonder if rational faculties can be trusted at all.

Really, can those proclaiming that all arguments against God are the lies of Satan really believe that they are not themselves deceived? Can those who attribute all religious thinking to indoctrination believe that they have not been programmed in their own convictions about the nature of reality? Sociology tells us that none of us are objective – but these arguments grow out of the arrogant assumption that one’s own camp is largely immune to this fact. It is “they” who are deluded, who cannot see the “obvious” answer to the big questions of life. 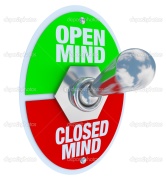 It would be better, I think, to admit that our finite minds cannot claim to understand reality well enough that much of anything should be obvious. Many intelligent people can be found on all sides of this debate. This should humble us all, and make us wary.

Reality is, after all, far more mysterious than we tend to suppose. Whether you see this as the divine mystery (as I do), or imagine an incomprehensible (but still physical) material world, we should agree that glib comments cannot possibly contain an appropriate view of the matter.