Most would agree that atheism is Christianity’s greatest rival in capturing western culture. It is hardly a new rival, nor is it an entity in itself.

This last is the danger it poses to Christians and atheists alike.

Atheism represents such a formidable threat to Christianity precisely because it is defined in negative terms. Such a definition not only makes it extremely difficult to critique in a brief statement, but makes it unnervingly easy for current proponents of atheism to divorce themselves from the memory of past anti-theistic movements.

The first such movement in the west was modernism. Calling themselves the enlightened, its proponents saw history largely in terms of a battle between scientific and religious thought. Though such analysis has since been shown to be false, their ideas were extremely popular. The evil of religion, as well as the inherent goodness of humanity, was proclaimed.

Of course, the Reign of Terror, the effects of Social Darwinism, the First World War and (to add insult to injury) the discoveries of science itself brought an end to such thinking.

Many, of course, returned to Christianity in response, but others began to feel that, if science can offer no meaning, then there must be no meaning to be found. Post-modernism as a rejection of all metanarratives, however, proved to be an impossible way to live, and the lives of those who embraced are much more clearly warnings to those tempted than they are tales of the ubermensch.

Of course, modernism also brought Marxist thought into the world, which likewise collapsed due to its own tendency to destroy, rather than foster, a culture of human equality and liberty.

These, and other, ideas have come and gone, but I find myself shocked to be faced with a popular movement of atheists which seems to combine all of the most dangerous aspects of these beliefs. Had I not seen it, I’d never have believed such a movement was possible. 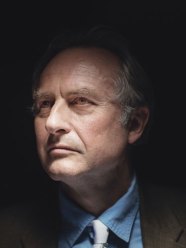 I am speaking, of course, of the so called New Atheists, who seem to have taken their first cue from the Enlightenment. Calling themselves “Bright”, rather than “Enlightened”, they have thoroughly absorbed the blind trust that a particular person’s metaphysical opinions can somehow be called a “scientific mind”.

From the postmodernists, they have learned that our values need not be anchored in anything objective, and seem blithely oblivious of the possibility that this could be used to justify horrific acts.

Last, the lesson they seem to take from reading on communism is that these governments were, of all things, too religious. They demand that these beliefs degraded into “personality cults”, all the while pandering to screaming fans and generating an atmosphere of unchecked hubris.

The moment one looks at any real-world attempt to produce anything like the world this particular group of atheists demand, one gets a sense of foreboding.

Please don’t misunderstand, I don’t remotely mean to say that any of these people are pining for the terrors we know in history. But, then, neither were the Social Darwinists, Communists, or French Revolutionaries.

Personally, I doubt that this current movement in atheism is either popular or violent enough to force its position on any country. Still, I’m stuck wondering how those involved can have such long memories for the Crusades (which we rightly decry) yet such short memories for the horrors of secular movements.

As often as science is praised by this group, one would expect the New Atheists, in forming the terms of their movement, to note the striking data of past secular experiments.

The Paradigm of Faith and the “Scientific Mind”

Science is, of course, the banner of the current atheist movement. Richard Dawkins has referred to the “scientific mind” as a state of thinking superior to, and incompatible with, religious belief. While I believe that it is much further from the actual reasons for the movement than its purveyors claim, the relationship between the scientific and the religious has become a key topic for many.
Fundamentalist Christians and New Atheists often demand that science has settled the matter of God’s existence. Contrast this with Gould’s claim that science and religion have nothing to do with one another, and we see that the point deserves some attention.

First, it is true that the supernatural is not addressed by science. The scientific method, by definition, can only test the empirical. This is why it is ridiculous to attempt to assess the quality of a friendship, or the beauty of a sunset through scientific experimentation. It is also why science cannot tell us whether a thing is good or evil.
This point seems to have been missed by some who, reacting against “God of the gaps” apologetics, point out that the gaps are steadily closing, and that science has replaced religious belief. Such atheists often assert that religion is humanity’s pre-scientific attempt at explaining the world, but is no longer necessary now that we have a better system.
This, of course, completely overlooks the concept of paradigms, and that religion was never meant to address the questions science studies. The fact that people don’t abandon faith after learning of science should make it obvious enough that want of scientific answers is not the reason for belief in God.
But, if this is a common counter-apologetic, theists are partly to blame. We spent quite a bit of time and energy arguing for God’s existence on scientific grounds, and, like it or not, have impressed upon many the idea that God’s existence is basically a scientific question. Looking back, we should have been more careful.

There is a kernel of truth in all this, however. That is, such objections to God recognize that there is a scientific element to religion in general and Christianity in particular. While it is entirely true that spiritual, metaphysical, and supernatural claims can never be tested with science, the Christian God is God, not only of the unseen, but of the seen as well. While, for the most part, this means simply that he is the master of science, and maintains scientific order in the universe, it also significant that there are claims about the physical world made in the Bible. (The universe had an origin, for instance.) These are scientific claims, and should be treated as such.

One of the many bold claims of Christianity, however, relates directly to science (though it is not properly scientific). It is the claim that science will work.
For most of us in the modern world, science is so “obvious” that we can hardly believe that it was not conceived of earlier. In truth, science is based on a number of philosophical assumptions that were anything but agreed upon outside of western monotheism.
Put simply, the early scientists believed in science because they made the absolutely radical claim that the world was rationally intelligible. They made this claim because they believed in a rational God.
In a sense, then, the success of science is a confirmation of monotheism. No other pre-scientific system of thought expected that science should work. While this does not prevent Buddhists, pagans, or atheists from becoming brilliant scientists, it does seem to establish that science and Christianity live quite peacefully with one another.

Of course, there are those who accept that there is no conflict between belief in God and what Richard Dawkins has called “the scientific mind”, but instead claim that specific findings of science contradict the tenets of Christianity. As an avid reader of both science and theology, I’ve seen no such thing, but will have to defer the matter to another post.