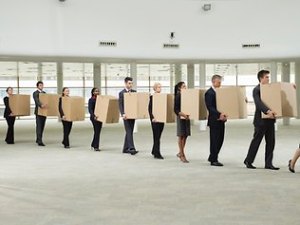 In The Miracle of Theism, J.L. Mackie simply dismisses Aquinas’ first two arguments for God’s existence as based on antiquated science. This is the whole of his discussion of these arguments (and I’ve already pointed out the falsehood of that claim).

However, he does interact briefly with the argument of the Second Way later in the chapter. Here, he argues (wrongly, in my view) that an essentially ordered causal series can stretch to infinity.

Or, at least, that seems like what he is arguing. As in many places in the book, Mackie attempts to cast doubt on a premise without actually claiming that the opposite is true. He seems to write as if, so long as a premise is uncertain (at all), one can completely dismiss an argument’s conclusion without concluding that the premise is false.

For those who aren’t familiar with the Second Way, I find this a good summary. But a rough explanation would be that it is an argument from efficient cause (the type of causation studied by science). It begins with the idea that, in some causal chains, the removal of any one link will prevent the effect from occurring.

This is not true in all cases. Even if one’s great-grandfather has died, this doesn’t mean that one couldn’t have been born–and that the family he helped to cause must die with him. But, in other situations, this does seem to be the case.

As such, it is very much like the first way, but taking a similar line of reasoning to efficient causation, rather than actualized potentials.

A classic example is the idea of a watch could run without a motor or a spring if only it had an infinite number of gears, each one turned by the one before it. This strikes me as clearly absurd, illustrating the point that some causal chains (called “essential”) require something that doesn’t get its ability to cause things from an external source. And this self-existent thing, as Aquinas says, all men call God.

But Mackie doesn’t seem to think so. He thinks it is “dubious” to claim that the infinite-gear watch would not turn.

And again, it isn’t clear whether he’s arguing that such a thing is not only possible, but happens in the world all the time (as he would have to argue to properly counter Aquinas), or if he’s merely casting doubt on the idea to say that we aren’t perfectly certain of it.

And strikes me as hopelessly confused. In an uncertain world, it is not enough simply to say that one’s opponent hasn’t proved a position beyond all possible doubt. Rather, one must show an alternative to be superior.

But Mackie does not do this. Rather, he seems to think having any reason at all to doubt an argument for theism is a reason to embrace a secular position.

And nearly all of the intellectual support for atheist views seems to suffer from this mistake. When it has come to offering an alternative (materialism, physicalism, platonism, etc.), secular views have done much more poorly than theism. As such, many of their proponents seem to rely on presenting vague doubts of theistic arguments in lieu of a positive case for atheism.