Tag Archives: the problem of evil

From Here to Eternity 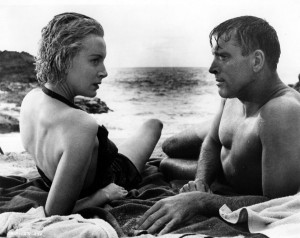 In discussing the problem of evil, Mackie touches on the fact that those who experience the most evil and suffering in their lives seem to be the most religious. Mackie, of course, makes the very reasonable point that this is not a logical answer to the problem of evil.

It is, however, a significant issue.

That is, those who are most familiar with evil seem to be aware that religion is the only way to explain the existence of evil at all. Atheists, after all, dismiss the matter as merely subjective, simply denying any ontological truth to evil.

As such, evil really seems to be evidence in favor of theism, not against it.

Of course, the materialist can go on denying the existence of evil as such, but this puts him/her in an awkward position in presenting the problem of evil. Of course, I’ve just addressed Mackie’s attempt to show that it is an inconsistency within theism–without claiming that evil actually exists.

And that seems the only alternative to presenting a secular explanation for real evil (and not simply subjective evil).

But, Mackie, in seeking a contradiction within theism, questions whether or not religion can point to genuine goods which both require and outbalance the evil in the world. But this is trivially easy.

Of course, Mackie ostensibly insists otherwise–that God’s omnipotence would allow him to do this. But this is far too glib. Not only does it take back, without explanation, the concession that was just made, but it seems to require forgetting an earlier issue.

That is, Mackie agrees that omnipotence does not entail the ability to do the logically impossible. And it is a logical contradiction to make someone freely do something. As such, omnipotence is of no help to God in creating a world where we choose him without any real, existential concept of what choice we’re making. We need to experience “not God” before we can rightly be said to have a reason to choose God freely.

And this more than answers Mackie’s question.

If one is asking about the internal consistency of traditional theism (which is, again, the only challenge a relativist like Mackie can make), it is no small point that choosing goodness (which, given theism, is God) would be an infinite good, stretched over infinite time.

It seems very straight-forward that this would counterbalance any evil in the world as it is (as that evil is finite). And it seems that only a very short-sighted perspective, like the child who can’t see what good doing homework could possibly bring about, could keep one from seeing that the value of a religion can’t be entirely judged by this-world thinking.

This is the truth that those who suffer greatly can see, and far too many (comfortable in our wealth) cannot. We, it could be argued, so rarely think about eternity because we simply don’t want to see it.